Since 2007, the success of novelist having installed him comfortably, the Japanese writer Haruki Murakami writes, in his eccentric way, an autobiography. Without announcing itself as such, it just keeps on coming, bit by bit: first a brilliant little book on his habits as a daily runner, then a long essay on his father, finally an illustrated collection of his collection of t-shirts.

And now he writes “Novelist as a vocation”, a reflection on his career. It weaves together writing tips and memoirs, tracing his early triumphs – in typically magical Murakamian fashion, he won an award for his debut novel after submitting his only copy of the manuscript to the judges – through his years as a star internationally, his work translated into more than 50 languages, his Nobel Prize betting odds are very short every October.

The result is a book that is assured, frank and often – never meet your heroes, they say – deeply irritating.

Murakami’s greatness as a novelist is unquestionable. Of his 14 novels published in English, at least three are masterpieces, and all are worth reading. The finest of these is “The Wind-Up Bird Chronicle”, first published in 1994, which represents the apotheosis of his initial style: first-person narration, in lucid and unpretentious sentences, which reveals dreamlike depths in its protagonist’s modest life in Tokyo. . 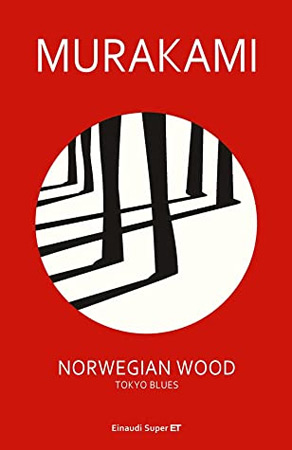 The sublime tension in Murakami’s work is that his writing is simple and open (Hemingway and Carver are among his heroes) while the world he depicts only becomes more mystifying, an uncanny naturalism that augured writers such as David Mitchell and Jesmyn Ward.

In its strongest passages, skilfully translated by Philip Gabriel and Ted Goosen, “Novelist as a Vocation” shares these qualities of transparency and deep reflection. There is a wonderful tale of the epiphany that led to Murakami becoming a novelist, which took place during a baseball game in Tokyo in 1978. “The sky was sparkling blue,” he recalls, “the draft beer as cold as possible, and the amazingly white ball against the green field. … At that moment, and without any basis, it suddenly hit me: I think I can write a novel.

But aside from those rare moments, the book makes for a weird, gritty document. Its chapters focus on topics that should be useful to any aspiring or working writer – originality, literary awards, publishing abroad – but each somehow collapses on Murakami’s experience, leaving only traces of practical advice, and a narrator who seems both proud and complacent. , deaf and injured.

The first lesson he wants to convey is that writing is easy. “To tell the truth, I never found writing difficult,” he says. “What’s the point of writing, anyway, if you don’t like it?” I fail to understand the idea of ​​“the writer who suffers”. Basically, I think novels should emerge in a spontaneous flow. What does a young writer think about it? Murakami pushes the idea over and over again, and that no doubt accounts for his productivity and fluidity, but the fact remains that for almost all writers other than him, the work is often dreadful, “a long, engulfed fatigue in Proust’s words, a “combat with a painful disease,” in Orwell.

Of course, Murakami only has his own practice to summon. But in other areas too, he seems fatally limited by his experiences. Take his chapter on literary awards, the nadir of the book. For having never been part of a selection jury: “I am too individualistic. I am a person with a fixed vision and a fixed process to shape that vision. On reviews: “A saving grace – or at least a possible salvation – for me is the fact that so many literary critics have harshly criticized my works.” “Being only Haruki Murakami suits me very well,” he concludes.

The piling up of lines like these is punitive, but what’s worse is the strange anti-factuality of the whole enterprise – a huge central evasion, which is that Murakami isn’t just another novelist professional, but a titanic figure in Japanese and world culture, one of the few people, among the eight billion of us, whose stories draw a crowd to the primitive campfire. The author himself seems delighted but not very curious about the situation. “Apart from the fact that many of my female readers are very beautiful – that’s not a lie – there are no characteristics that they share,” he says. OK that works.

The conundrum here is that Murakami’s generosity of spirit is central to his fiction. Perhaps the difficulty is that it is a book full of prosaic, unleavened explanations of vision – in contrast to its fiction, which ultimately speaks for truth in images more than language , until the setting sun, the thin moon, the curl of a wave, old friends in misunderstanding, seem to exist inside his characters.

When Hilary Mantel passed away recently, I thought with a real pang of grief – oh, there is. At any time on our planet, there are at most a few dozen novelists working with great power, for large audiences, with the material of consciousness, which the novel is so uniquely adept at wielding, what that being inside of us, what it means, the devastations and the beauties it brings. Murakami is one of them. If his book about this experience is restless and strange, perhaps it reveals, rather than diminishes, the untamed brilliance of his gifts. “I’m not an ornithologist,” Saul Bellow once said. “I am a bird.”