Jack Watkins tells the story of what might have been a simple nature tale, but has become a phenomenon both on page and on screen.

In the 21st century, the cameraman, both still and moving, has taken the place of the writer as the most reliable observer of wildlife. However, in times when sophisticated photography and documentary filmmaking were not possible, the pen was still king, which is why, when first published in 1927, Tarka the otter was immediately hailed as a masterpiece.

A carefully observed account of the life of an otter in the Devon countryside of the Two Rivers (the Torridge and the Taw), it was “a true story”, or at least “as true as a man’s tale about the life of a wild animal may be,” wrote Eleanor Graham in an introduction to a later reprint. It won its author the Hawthornden Prize for Literature the following year and even drew praise from a literary giant of the West Country, the sick Thomas Hardy, who died in 1928.

Yet Henry Williamson had seen only two otters in his lifetime before settling in North Devon in 1921. The author, mentally scarred by his experiences in the First World War trenches and having spent several unsettled years in London, had rented Skirr Cottage in the village of Georgeham, where he had spent an idyllic holiday in 1914 shortly before the outbreak of hostilities. His intention was to make a living by writing about the campaign.

The idea for the story of Tarka’s ‘joyful aquatic life and death’ arose from an event shortly after his arrival in Georgeham, when Williamson was approached by a local to help save some orphan otters whose mother had been shot by a farmer. Williamson took one of the cubs back to the cottage, where her cat, at first reluctantly, acted as foster mother.

Although the otter learned to respond to Williamson’s call and joined him on his nocturnal walks, on one occasion the writer discovered her caught in a rabbit trap, hissing in pain. Although he managed to free it, the otter broke free from his grasp and fled. Williamson searched the countryside for several weeks, but never saw her again.

“I knew the prose was straight, precise and true – facts, you know. It’s all here in Devon, whether you see it, hear it or smell it” – Henry Williamson

Around the same time, Williamson read a book by Cornish naturalist JC Tregarthen, The life story of an otter (1909), which provided further inspiration. Along with walking a lot and learning to observe the land from an otter’s eye level, he dated the Cheriton Otterhounds. From this experience came the descriptions of the “killer” dog, Deadlock, the “master of all”, the sense of a life lived in the shadow of his recurring threat, and the tense and ghastly but non-judgmental climax. For accurate descriptions of otters moving through the water, Williamson relied on notes taken during visits to the zoo.

“Tarka, to anyone who has tried to write, is a technical delight, all the more perfect for being flawed here and there.” —TE Laurent

“I consider it crushed… The author has searched too often and too long for the absolutely right word.” —Arnold Bennett

“A sacred book, a soul book, written with the blood of an unusual poet.” —Ted Hughes

Although there are anthropomorphic touches, such as the naming of wild creatures – Old Nog the heron, Halcyon the kingfisher and, of course, Tarka himself, the name meaning Little Water Wanderer – the lack of sentimentality is striking. Even so, the descriptions are atmospheric and were reinforced when Charles T. Tunnicliffe was brought in to provide artwork for a later release in 1932.

The opening of the book is certainly among the best of Nature’s fictional writing. ‘Twilight over the meadow and water, the evening star shining above the hill, and Old Nog the weeping heron kra-a-ark! as his slow dark wings carried him to the estuary” is so visual and true that it says more than hours of wildlife film. Williamson created portraits of literary landscapes, while managing to convey how a wild animal excludes all that is unnecessary to its main objective, that of survival. He was so concerned with being accurate that he claimed to have rewritten the manuscript 17 times. He was rewarded with the respect not only of literary types, but of naturalists and others, whether at work or at play, who spent long hours in the countryside.

The Life and Times of Henry Williamson

Henry Williamson (1895–1977) is known today for Tarka the otter above all. This is not surprising, not only for the moving account of Tarka’s life, but also for the meticulous descriptions, achieved after hours of exploring the moors and river landscapes, listening and watching. Book sales were estimated at four million worldwide.

Tarka is also remembered in the Tarka Trail, established in 1987 as a waymarked tourist route, comprising footpaths and cycle tracks, through the otter-covered Devon countryside (www.tarkatrail.org.uk). For an easier journey, the Tarka line, which runs between Barnstaple and Exeter, passes through several historic landmarks (www.greatscenicrailways.co.uk). 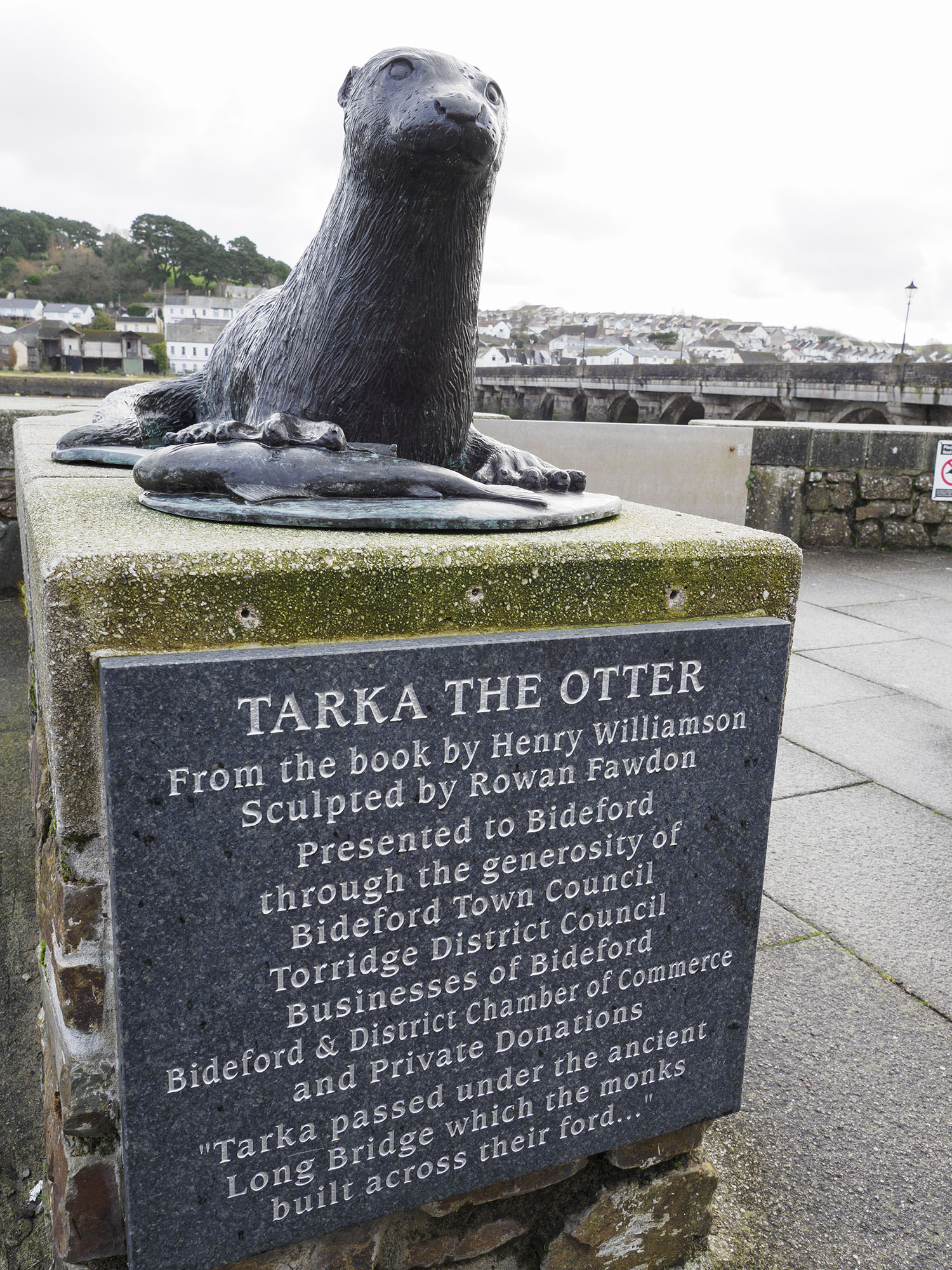 Williamson became a controversial figure for his support of Oswald Mosley’s fascists in the 1930s and his endorsement of Hitler before the war. Although he later condemned the Führer as Lucifer, the Prince of Darkness, it inevitably damaged his reputation. Williamson’s experiences in World War I certainly left a permanent scar and some even saw Tarka as an allegory of war. Yet he was an outstanding writer and his immense output describing nature and the countryside includes Salt the Salmon (1935) and The story of a Norfolk farm (1941).

Otters can live in most places where there is a rocky shoreline and fresh water nearby, but these tips put together by

Affectionate and affectionate he may be, but small-clawed otter Rudi has a purpose.

A family of otters bask in the sun near Torquay, Devon. Credit: Getty

Agile, opportunistic and with a predilection for poultry, these elusive, often pocket-sized predators have long captured the attention of farmers.