Next week promises to be potentially memorable. Pay attention!

The select committee of January 6 is due to hold eight live hearings starting next Thursday. Some will take place during prime time. We can probably expect these hearings to make headlines, as the Committee will reveal how Republican members of government, including the former president, plotted an attack on our seat of government. 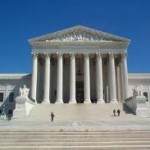 Next week is traditionally the week in which the Supreme Court (SCOTUS) begins to implement the decisions it has taken during the year. I don’t remember what the normal hours are. I believe decisions are normally announced on Mondays and Thursdays. The best way to stay up to date with SCOTUS is to simply register for scotusblog.com @ 9am. The analysis of the ramifications of the SCOTUS decisions is profound and insightful.

It seems we already know that Roe v. Wade will be overturned in Dobbs v. Jackson. Even if the result is not in doubt, there will be a loud and acrimonious reaction. We don’t know when the decision will be announced. Normally, the most controversial ones are saved for the end, but it is unclear what the timetable for this Court will be. This could be the first reported case.

With all the focus on the abortion law case, little attention has been paid to a gun restriction case in New York that is set to change gun laws fired by SCOTUS across the country. From the Brennan Centre:

The Supreme Court is set to issue a ruling in a gun rights case in New York that will likely expand the scope of Second Amendment protections for individual gun owners who wish to carry a firearm. fire outside their residence. The biggest question in New York State Rifles and Pistols Association vs. Bruen It may not be whether a majority of justices struck down the state’s century-old requirement for handgun licensing, but how far that majority goes to point out that other measures licenses created by government officials are now constitutionally suspect.

Can authorities ban handguns in courtrooms and schools? What about college campuses or hospitals? When the Court heard oral argument in November, the six-member Conservative majority seemed much more interested in exploring the contours of an expanded Second Amendment than in whether it should be expanded. This approach to gun regulation is a dramatic departure from the Court’s historic approach to amendment, but it should come as no surprise to anyone who has followed the Court’s arc of case law in this area over the over the past 15 years.

The current Supreme Court is far more conservative and far more supportive of gun rights than the one that first recognized a personal right to bear arms under the Second Amendment in District Columbia v. Heller in 2008. Or the Supreme Court which recognized two years later in McDonald v. Chicago that these protections also apply to state laws and regulations. Since then, Justice Ruth Bader Ginsburg, an enemy of broad gun rights, has gone. In her place is Judge Amy Coney Barrett, whose view of the Second Amendment is seen by many even more expansive than that of the late Judge Antonin Scalia, the author of Heller.

pride month in full swing this weekend. With the hatred that the right has stirred up against certain groups, especially LGBT people, let’s hope that Pride month will be peaceful and go almost unnoticed.

Finally, the primary season continues, as does Donald Trump’s ongoing attempt to turn what was once the Republican Party into his cult of personality. Iowa will join the major states on Tuesday and Trump lovers Miller-Meeks, Ashley Hinson and Randy Feenstra will run unopposed. Trump follower Chuck Grassley has only nominal opposition.

In Iowa’s 3rd District, the Trumpinistas battled it out to show who is the most Trumpiest. It’s sad.

For the Democrats, the big race will be to choose who will oppose the reluctant Chuck Grassley. This may be the year!

Keep your eyes and ears open next week. Life could get interesting.