Tapirs, jaguars and giant armadillos are among the 430 species of mammals that share a home with Luiz Henrique Lopes Ferreira in the eastern Brazilian Amazon.

Ferreira makes and sells sweets, jams and liqueurs from over a hundred varieties of local fruit trees. The 22-year-old is part of a new generation showing how forest communities with economic opportunities can help promote biodiversity protection and prevent deforestation.

He lives in the Tapajos Arapiuns Extractive Reserve, which covers more than 640,000 hectares (1.58 million acres), nearly 90% of which is forest. It is home to over 370 different types of birds, 99 species of fish, and around 13,000 people, mostly indigenous and mixed caboclo communities.

Identifying as indigenous, Ferreira says that although he was born in Manaus, the capital of Amazonas state, the forest has been his real home since his family arrived there 15 years ago.

“The Amazon is a spectacular place to live…here in nature,” Ferreira said. “It’s all very magical. But we also have threats surrounding us and knocking on our door.”

The extractive reserve was created in the late 1990s after local communities spent nearly two decades mobilizing against the encroachment of logging companies. The protection area aims to help conserve nature by allowing people to use the land for subsistence farming and sustainable extractive activities like hunting, fishing and harvesting wild plants. 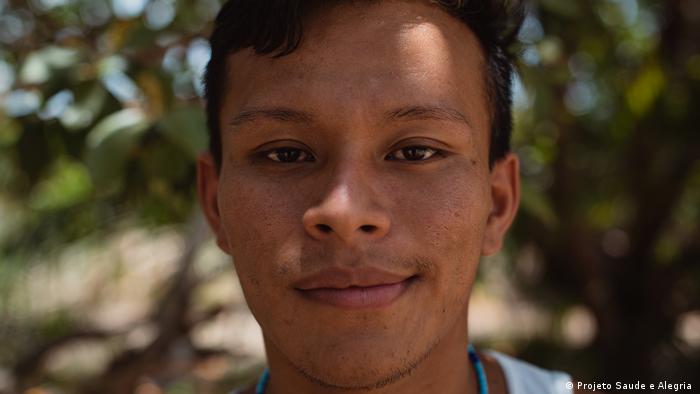 Ninety-nine percent of deforestation in the Brazilian Amazon is illegal. Caetano Scannavino, coordinator of the Brazilian NGO The Health and Happiness Project (PSA), explained that this makes it more difficult for farmers and timber producers trying to operate legally. They struggle to compete with the low prices of illegal production.

PSA has operated in the state of Para for 30 years and currently works with over 30,000 people, providing training and funding so that communities can legally earn a living through permaculture and agroecology.

Ferreira has worked with PSA and his business now benefits 40 families, providing them with food security from the crops they grow as well as income from the produce they sell. He says that while some young people may leave and find work in logging companies or in urban construction, he sees an increasing number of them trying to stay and work in the forest.

PSA organizes workshops and offers training to community and indigenous cooperatives so that they can transform forest products like cocoa, honey, acai and tropical fruits into products such as oils and butter that can bring income higher to communities.

“We have to help create better living conditions, otherwise young people will leave and go to town,” Scannavino said, adding that an empty rainforest provides opportunities for miners and loggers.

“What we know is that when these indigenous peoples and local communities – or extractive communities as they are called in Brazil – manage their forest and have rights over the forest area, deforestation rates are much lower,” said David Kaimowitz, program manager. manager at the Tenure Facility, an NGO focused on securing the land rights of indigenous peoples. 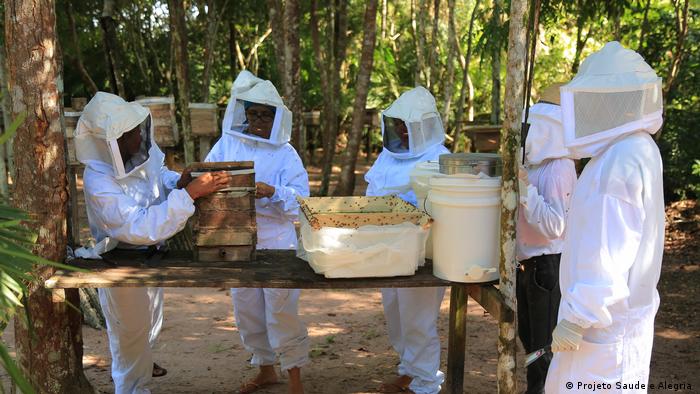 Kaimowitz conducted a UN investigation which reviewed more than 300 studies over the past 20 years and argued that indigenous and tribal communities in Latin America and the Caribbean are the best stewards of forests, largely due to their cultural practices and knowledge traditional. To achieve this, he says, these communities need functioning economies and an environment where young people want to stay.

“All of these things are part of the model of what works in the Amazon,” Kaimowitz said. “Where these things exist, the forests remain intact.”

While the Tapajos-Arapiuns extractive reserve has maintained a deforestation rate close to 0.5% since 1985, deforestation in the rest of the Amazon means the rainforest is dangerously close to a tipping point, where it will definitely turn into a dry savannah. 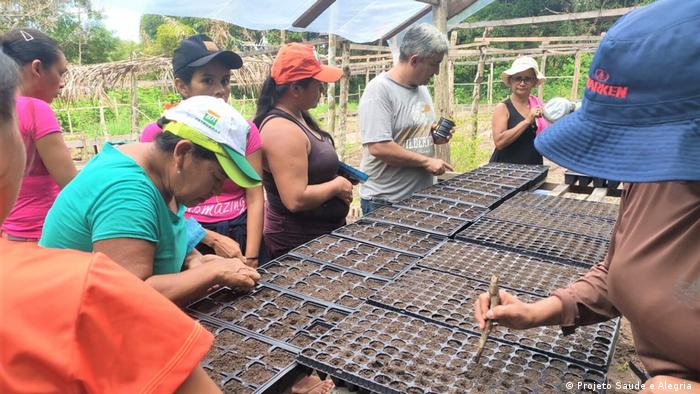 Since the 1980s, in the Santarem region of Para state, near where Ferreira lives, there has been a 34% decrease in rainfall during the dry season, an increase of more than 2 degrees Celsius (35.6 Fahrenheit) average temperature and a massive increase in wildfires. who have destroyed more than a million hectares of forest.

Ensuring the protection of Amazonian forests could have implications for human health as well as the climate.

The Amazon is one of the most biodiverse regions in the world, especially for bats and primates which harbor a great diversity of viral zoonoses. Keeping forests standing reduces the risk of spreading new infectious diseases from wild animals to domestic animals and humans. 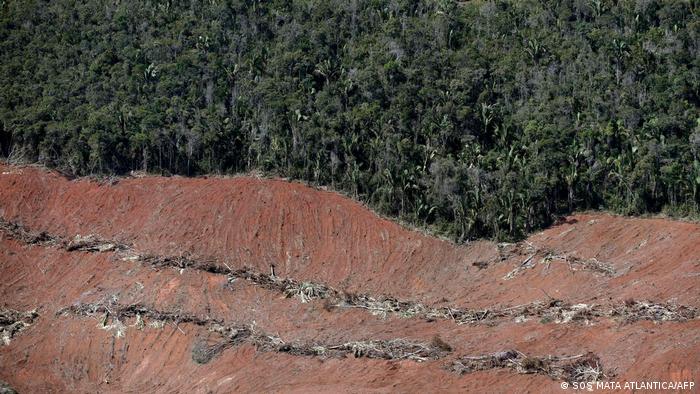 The fight against deforestation is now considered essential to prevent pandemics

The research argues that better surveillance, wildlife and hunting management, and forest protection provide a blueprint to prevent the emergence of future pandemics. In addition, these actions contribute to carbon sequestration, protect biodiversity and create new jobs.

“The key point here is that if we lived on a planet with a stable climate and an intact biosphere, we could afford to wait for disaster to strike and try to contain it,” said Aaron Bernstein, author main part of the report.

“But the reality is, we don’t. And operating on that premise is one of the greatest crazies of modern times.”